The International Cooperation Office (ICO) of the University of Yangon was officially opened by the EU Ambassador to Myanmar, Mr Kristian Schmidt, and UY Rector Dr Pho Kaung on Friday 10th January 2020.

The ICO was established in December 2017 and is led by the Pro Rector for Academic Affairs, Dr Omar Kyaw, and a team of academic staff who work part-time in the ICO to support the University’s international engagement.  The ICO recently received a donation of IT equipment under the Chinlone project, co-funded by the Erasmus + programme of the European Union.  The University has refurbished two offices in the Arts Hall for the ICO.

The ceremony was attended by Associate Professor Antonio Fiori, Department of Political and Social Sciences, University of Bologna, who leads the Chinlone project, representatives of the Chinlone European partners, Uppsala and Vilnius universities, heads of departments at UY and the ICO team. 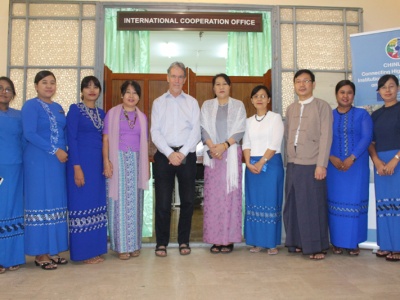 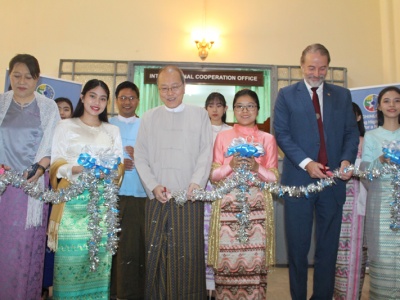 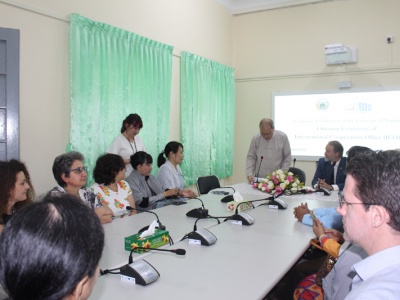 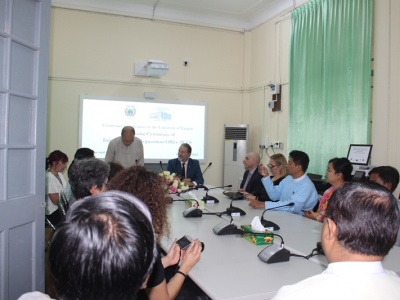 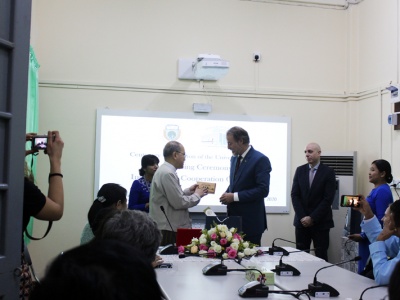 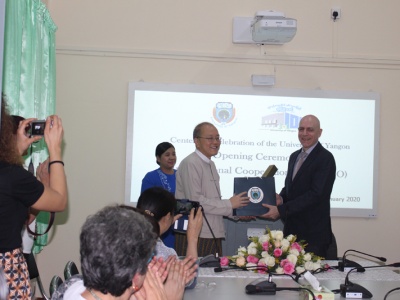